Work continues on the revamping and updating of my Amazon books.  Sometimes it’s fun, always it’s rewarding, and sometimes it’s a big fucking pain in the ass.

Yesterday, since I had the entire weekend off (for those of you with dead relatives in Hell, you know what that means: snow day!) and I used that extra time in the morning to work on my short story collection THE DICHOTOMY OF MONSTERS.  And thank God for the extra time because I spent no less than 5 fucking hours yesterday getting that format right.

It started with the last line of the introduction somehow, from my screen to Amazon’s system, moving down to take up one line of the next page, which then throws everything off because you’ve just gone through the entire book to make sure that every new story starts on the right side of the book, front of the page.  I’m talking print edition; ebook editions don’t matter, they’re all one continuous stream of words that the e-reader then breaks up into pages.

But this damn print version!

So now I have to go back through and move everything so it, again, starts on the right hand side, front of the page.  But I’m doing this knowing it’s going to throw the table of contents off, too, but what am I supposed to do, that last line of the intro…

THEN, after about 3 or 4 rounds of this, I take a look at that intro and realize the entire last paragraph talks about the cover and why I chose that photo.  Except, this is the updated version … with the new cover!!!  That last paragraph doesn’t fit and has to be removed, so now we’re right back where we were the FIRST time through, but now I’ve also made all these adjustments to where everything’s going to fit and on which page.

So now I have to go back and try to remember what I moved and undo it, only I’ve been at this for a couple of hours now and my eyes are burning and I’m really tired and want to go back to bed.

So I did.  For like a half hour, then we had to get up and take Sweetpea to work because she got a new job and works at 8:00 every Saturday and Sunday.

When we got back (no, it doesn’t take BOTH Kara and I to take our daughter to work, but we like doing things together so go fuck yourself), I headed back to the office to finish the battle with this book.

Another 4 or 5 rounds of adjustments and finally around 9:30, I got it right, got it posted, and this morning there’s a brand new version of one of my favorite collections.

I mean, the stories are all the same stories, but it’s got a new cover and a new dedication (something it didn’t have previously), and my updated author bio wherein I mention Kara.

In total, that makes 6 updated books since last Sunday: 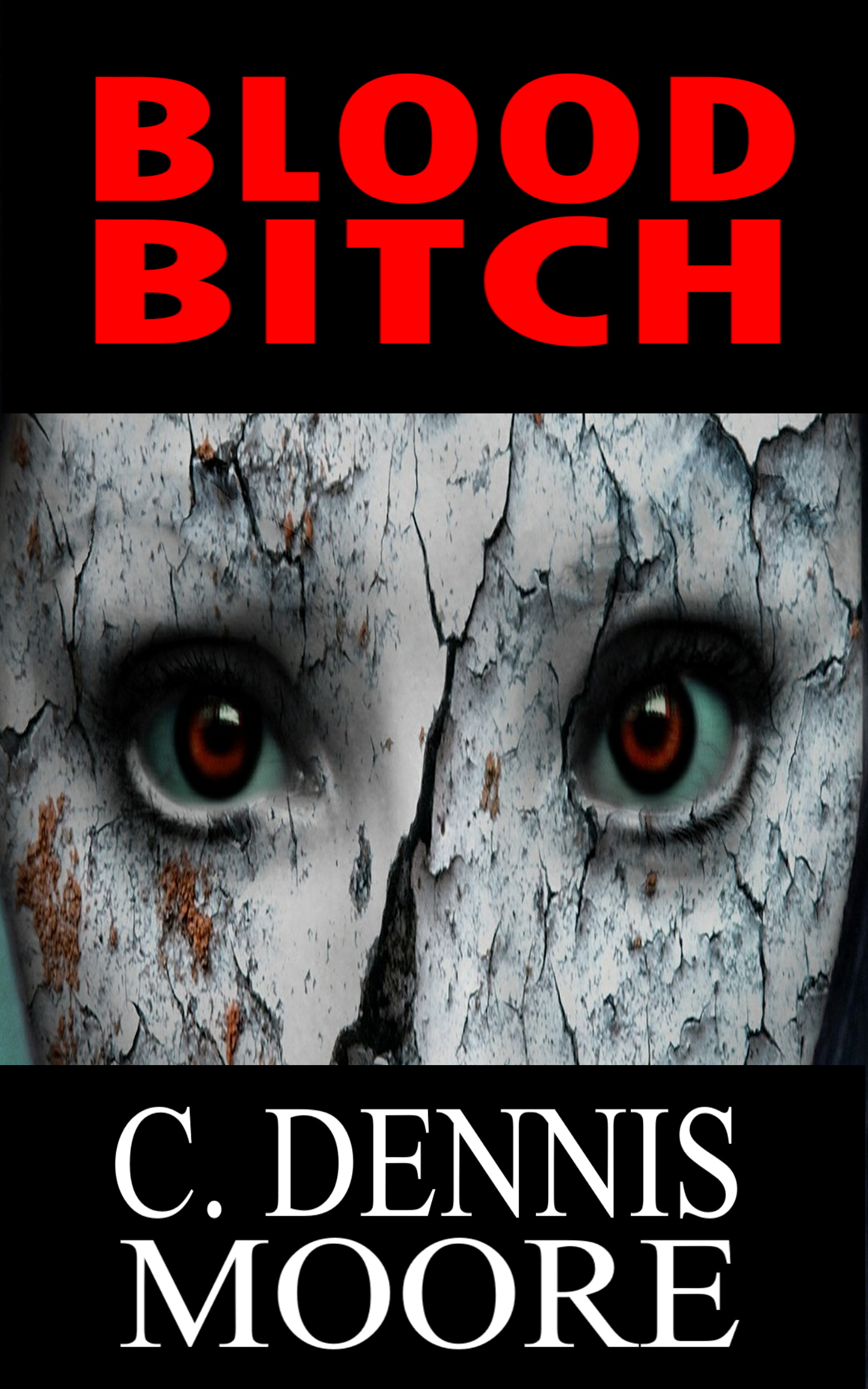 The Blood Bitch comes in the night to eat children through the mouth in her stomach.

When Jason wakes up in the middle of the night to feel himself being suffocated, his father, Allen, tells him the Blood Bitch is coming for him. This story is based on the idea that belief and fear is where monsters get their powers. The more we believe in monsters, the stronger they are.

But in this case, Jason and his mother Stephanie discover the Blood Bitch might not be as real as Allen thinks, at least if the bottle of prescription medication they find in the garage is any indication, a medication that’s supposed to stop Allen’s hallucinations. Now Jason and Stephanie aren’t sure where the real danger is coming from.

If Allen believes in the Blood Bitch enough, does that make her real?

This 6000-word story is named after the Cocteau Twins song of the same name, and is perfect for fans of MASTERS OF HORROR. 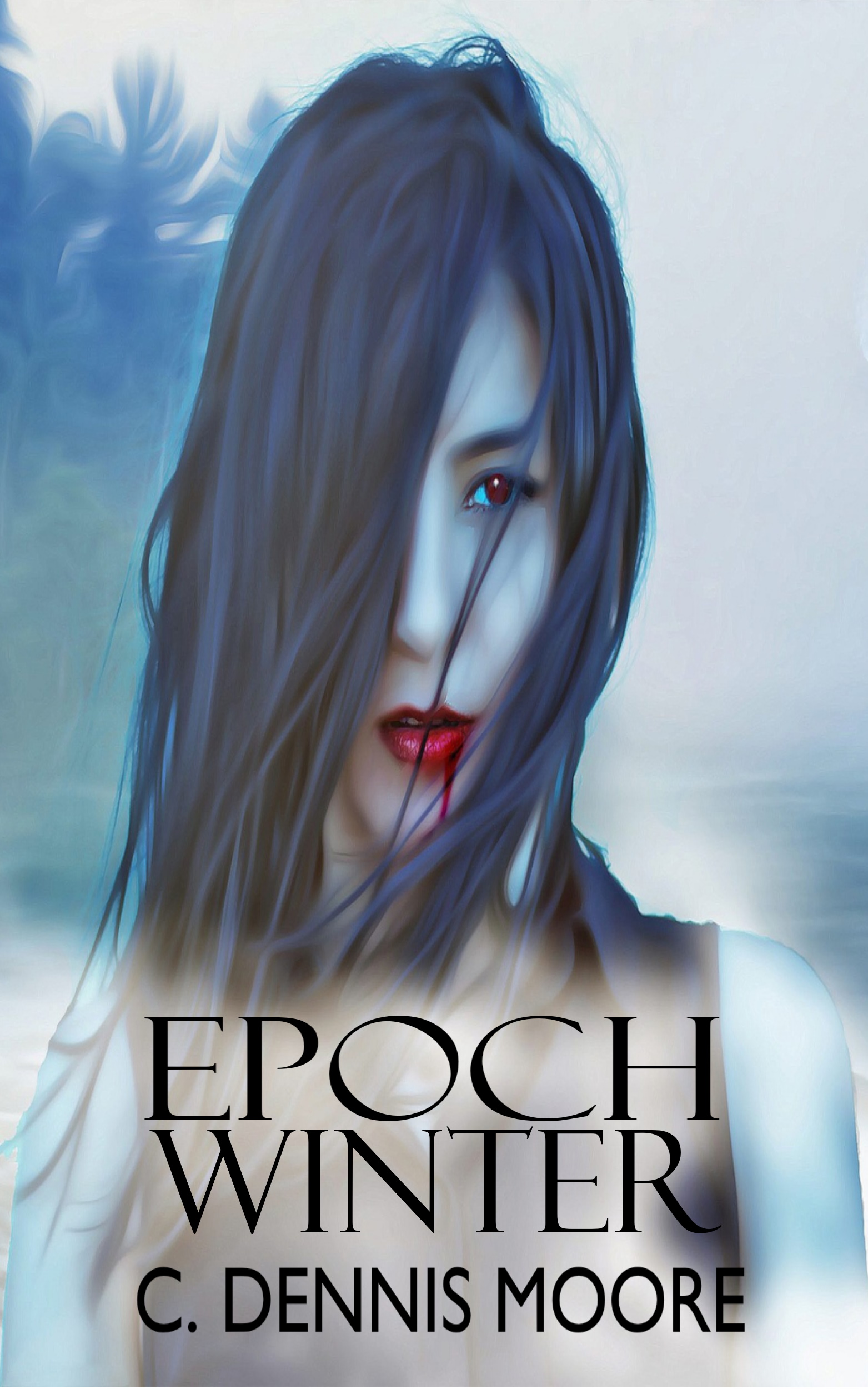 RUNNING FROM HIS PAST

Yahto is a Lakotan man trying to escape the sins of his past by throwing himself headlong into a forced solitude in the Canadian Rockies. Haunted by the memories of bloodshed at Little Big Horn, he is trying desperately to forget the violence he knows lies within him.

A WOMAN OUT OF TIME

Yoko is found freezing and pregnant in the snow. Yahto helps her to shelter and safety and as the two spend a long hard winter together, their bond becomes stronger and stronger.

Yoko tells him of where she comes from, a place of machines and tests, while Yahto fills her with Lakotan folklore, both trying to forget the past and focus on what’s to come, namely Yoko’s baby, which will be due very soon.

But what Yoko didn’t tell him, what he found out only when he saw her dragging the frozen body out of their cabin, into the woods, is that the people she escaped from will most likely stop at nothing to get her back. And no matter how much experience the old warrior has, it’s nothing compared to the weapons at their disposal. The winter snow gets harder to survive with few resources, no allies, and an army from another world tracking them.

Despite the obstacles facing them, Yahto vows no harm will come to Yoko and the baby, a vow he’ll do anything to keep, even when the lightning flashes and a squad of armed men emerges from the trees around their cabin.

Horror writer C. Dennis Moore (author of The Third Floor) weaves a unique tale of fantasy and science fiction wrapped up in a blanket of myth and folklore from another time in this 12,000-word novella, one of his most accomplished works of fiction. “Epoch Winter” is a harsh story, told in such detail you can feel the chill in your bones as you share space with the characters, and with an ending so twisted your brain will be left in knots. 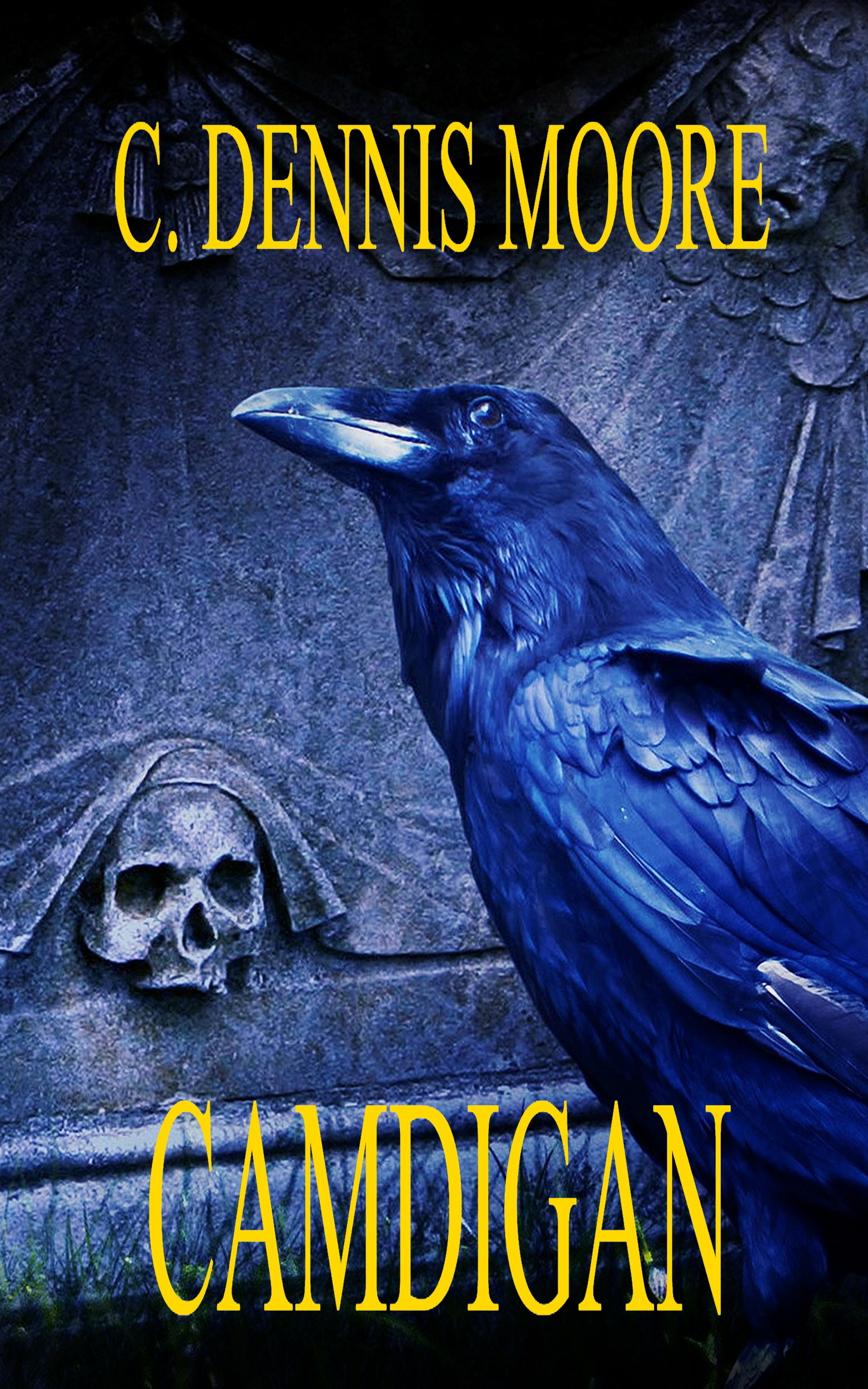 Horror author C. Dennis Moore takes you to the streets of Camdigan, a town literally in the idle of nowhere, the place where to dead come to live.

David has wound up there by accident, but a chance encounter with a little girl brings him face to face with the wife he lost years ago. Now he’ll do anything to get out of Camdigan, and Camdigan will do anything to keep him there.

This 15,000-word novella will stay with you long after you reach the end. Camdigan is THE TWILIGHT ZONE on Ecstasy. 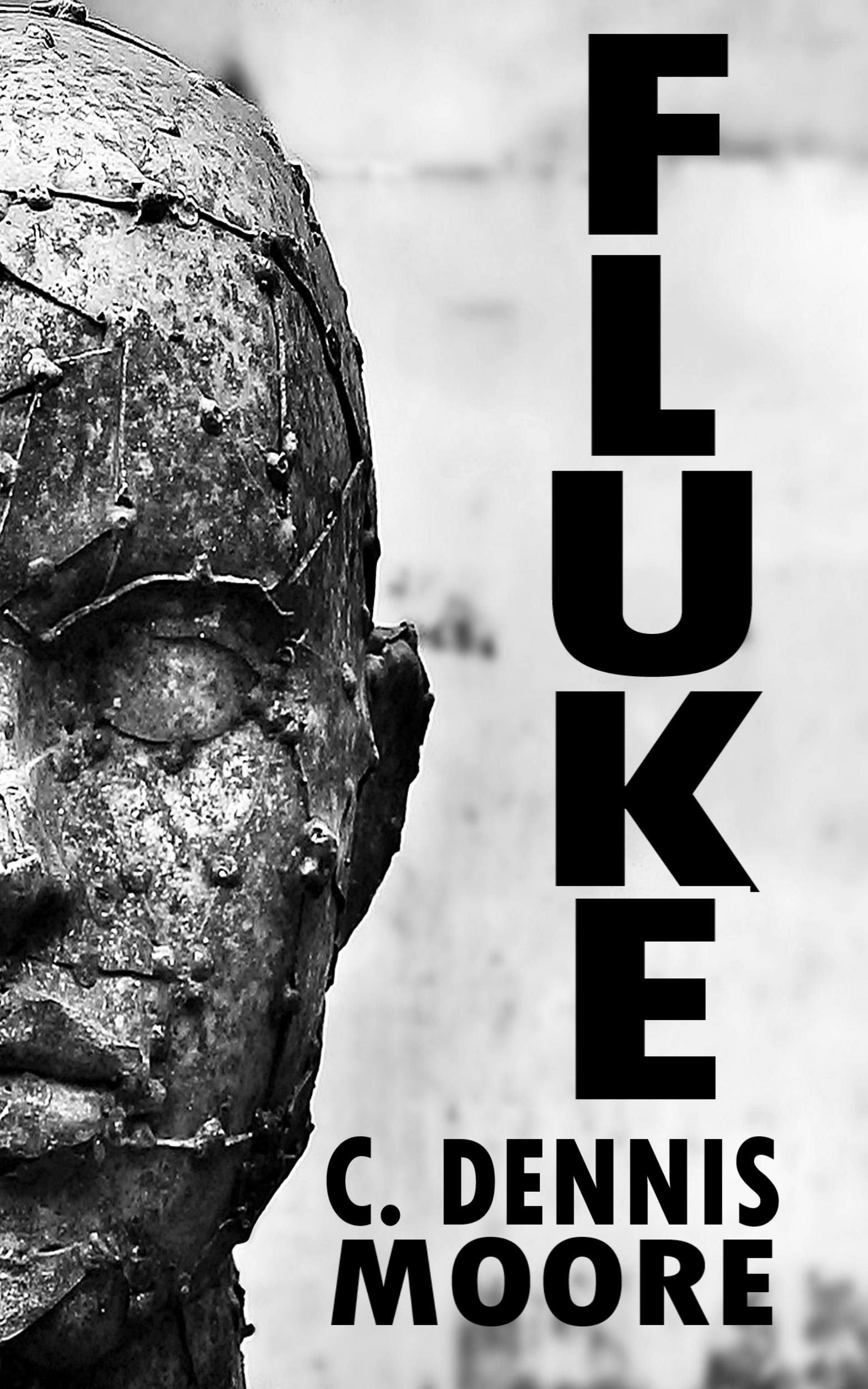 “Where life can happen, it will.”

In this novella, horror author C. Dennis Moore (the Angel Hill series, the Monsters of Green Lake, and the Holiday Horrors) tells a very different kind of Frankenstein story.

Stan Wasco is a seeker. He spent nearly five decades seeking truth in science before giving it up to pursue bigger goals. But since then, he’s not done much with his time. Then one day he finds something on the side of the road, something that shouldn’t exist, but it’s staring him in the face and asking for bananas.

After fifty years, he’s finally found his one big thing, and he’s eager to find out as much as he can about this fluke of nature that has no right being here.

There’s just one problem: it’s that time of year when his older brother comes into town for a week of fishing and bonding and Jim’s a bit of a bully when he doesn’t get his way.

Stan has to find a way to placate the unreasonable while trying to understand the unexplainable. If he can make it through this week, he’s got the discovery of the century and a possibility to change the scientific principles governing life on earth.

Originally intended as a 100-page graphic novel, FLUKE has been expanded and adapted to prose, with the original comic book script included afterward.

WHAT THE BLIND MAN SAW (LOVE THAT COVER) 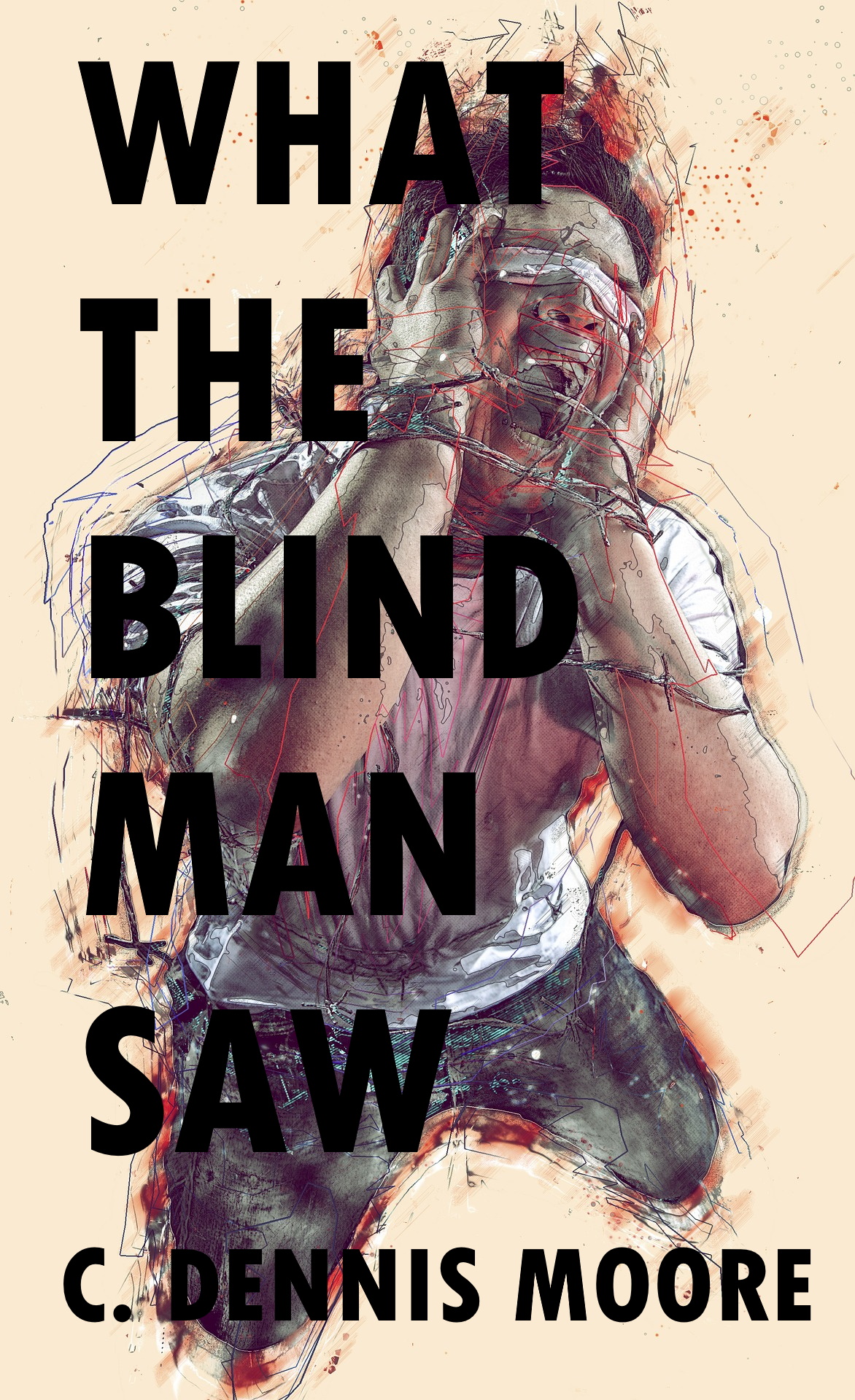 Rudy finds a dead baby in his trash can.

Another man will do anything to escape Hell and take vengeance on Heaven.

Cody has done a bad thing, and a disfigured goblin is set on making him pay.

Sean Leonard goes out for pizza one night, but on the way back home finds himself on an endless highway, and the clocks have stopped moving.

And in Angel Hill, high school student Danny has found a mysterious object outside a church, one that promises him revenge and notoriety, but threatens so much worse in return.

WHAT THE BLIND MAN SAW promises chills and thrills amid a host of horrors guaranteed to keep the lights on into the late hours. Featuring killer cockroaches, an immortal who won’t stop aging, and the Devil on a drug run, this collection is a great jumping on point for Moore’s brand of horror in bite-size doses.

THE DICHOTOMY OF MONSTERS 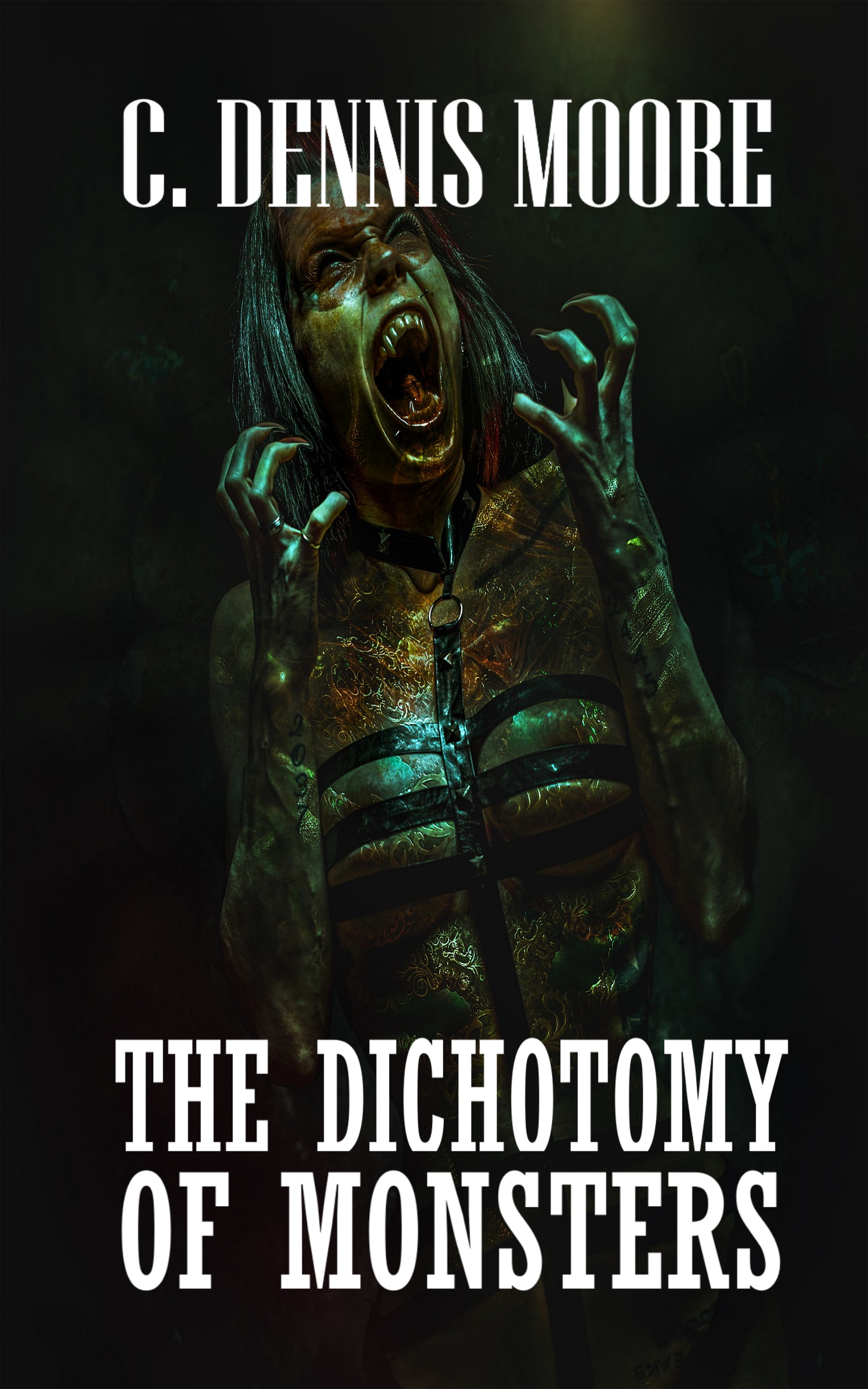 Horror author C. Dennis Moore returns to the short story form with THE DICHOTOMY OF MONSTERS, fifteen terrifying tales of things that aren’t what they seem. Moore’s reality will leave you questioning your own senses and doubting the proof right in front of your eyes.

In “Reckoning”, Jody returns to his childhood home after his mother’s funeral to find some of the memories he thought he’d left behind aren’t so quiet nor so forgotten. Fans of his haunted house novel The Third Floor will find Moore’s take on ghosts in this story to be anything but typical.

In “Timesmiths”, Moore ponders the question of time travel and what happens to the perceptions of those being affected when alterations are made. In “Broken Man”, poor Mr. Sumner saw angels take away his dying wife and now he thinks he can bring them back for him if he makes himself suffer enough.

In the title story, an escaped Mr. Hyde sets out for America in search of a permanent cure to his weak alter-ego. But he soon discovers the real monsters are not quite as obviously recognized as he is.

In “Monday”, the one C. Dennis Moore calls “the best story I’ve ever written”, Maddy has only one goal today: die. But an old custom and a deep-rooted sense of routine keeps her locked in an unending cycle until she can figure out the key to breaking her pattern.

These are just some of the fifteen stories in THE DICHOTOMY OF MONSTERS, but each one offers its own unique view of hell and the monsters that dwell there. Leave your preconceptions at the door and let C. Dennis Moore show you just how beautiful monsters can be and, as in the story “The Garden”, how monstrous the beautiful.


I still have a few more to do (TERRIBLE THRILLS and the mini-collections come immediately to mind, and TT is 10 stories more than DoM and I swear to Christ it better not be the fucking hassle that was yesterday!!!) before I can rest and stop updating.

And by then, God willing, I’ll have an Invasion Agents cover and can get that up too and move the fuck on to write something else.

You think you know the Invasion Agents? So far we’ve only seen one corner of their world. There’s more to this universe than simple Capital City, Missouri. The Invasion Agents Annual #1 tells a story located in another part of the world, not far away, in Black Foot, Kansas.

What appears to be a simple case of arson leads to demon possession and mass murder in the span of a few hours, and that’s only the beginning.

There’s a new hero in town, one with a familiar name, and he’s on a mission. First, how can he learn to control his situation in the wake of a whole new revelation in time to be of assistance?

It’s chaos in Kansas as demons destroy, atrocities abound, and the fate of the world lies in the hands of one hero who has no idea what he’s doing.